While looking for something else this morning, I came across these recipes which I’d tried to find when back in December 2017, I was girning about the widespread adulteration of cranachan and the confusion with Athole Brose  –  see “Cranachan and other oat-eating opportunities“.

Anyway, here they are now: 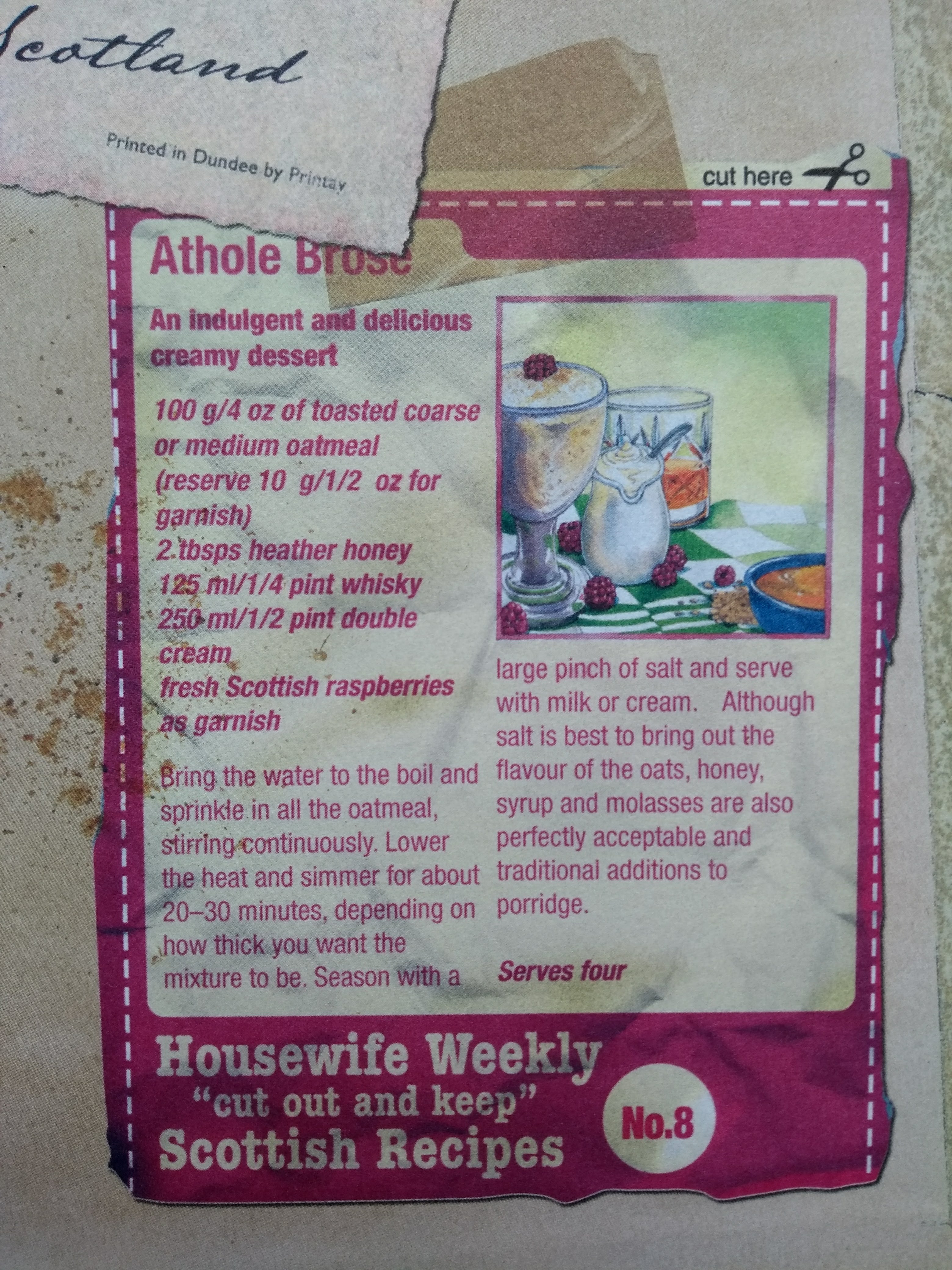 My Campaign for Real Cranachan has thus received a boost: neither whisky nor honey are original ingredients.  Both of the above recipes are from Maw Broon’s Cookbook which is a mock-up of an old style family collection of handwritten recipes and cut-outs from magazines, complete with fake foodstains.  I think it’s very well done.

This year’s berry harvest was already in danger because of the lack of workers from Eastern Europe in particular.  Now I greatly fear the raspberries and, even before them, the strawberries will be rotting on the bushes unless some Perthshire bairns are allowed to go to the berry fields of Blair and get picking.  Farmers in Angus and Tayside are trying right now to get workers in.